skip to main | skip to sidebar

A Little More than Turkey

Hey, everyone - hope you had a great Thanksgiving! I know I did. I mean, to me, Thanksgiving means a break from my classes, the smell of food cooking, a day of smiling, the laughter from my friends, and the hovering love of my family. And who couldn’t enjoy all that brought together? Of course, Thanksgiving is more than just that – it’s a day to remember what we’re thankful for, a day to be joyful that we’re alive. So I was trying to think of what I’m most thankful for . . .

When I was very small, my older brother and sister told me one night that they would love me no matter what I did. I looked up worriedly – there was something wrong. “Even if I stole something?” I asked wide-eyed. “Even if you stole something,” my brother replied nodding. “What if I disobeyed Mommy and Daddy?” I had to make sure. “We’d still love you.” I continued, “Even if I murdered someone?” I had a hard time believing that. “Well, that would be a bad thing to do of course,” my brother said in the dim light, “but I’d still love you. No matter what you do,” he said quietly, “no matter what you do, we’ll love you.”

And that – that amazed me.

When I walked up to the cafeteria cashier, the first thing he had to say to me was, “Oh, here’s the girl with the beautiful smile!” I smiled, “Thanks.” Then he looked at the girl next to him and continued, “I was just asking my friend here what your name was, and she knew exactly who I was talking about when I said, ‘the girl with the smile’.” I looked over, and she nodded in agreement.

I’ve never told anyone, but when I was around seven, I used to pick out random people. I could be shopping with my mom at the mall, waiting inside an airport, strolling around the city, or looking at a museum, when I’d pick out someone from the crowd who looked really sad. Then, suddenly, I would just look up at their face and flash a smile.

Of course, I was probably a bit too smart for my own good – I knew someone wouldn’t resist a big smile from some random little blue-eyed girl. And somehow, when I smiled at someone and he or she smiled back, I’d feel like we shared some kind of giant secret from everyone else - like we knew something the others didn’t.

Because, when we meet someone, it's like they hand us a non-descript box filled with different pieces of a puzzle. And it’s our job to find a way to put the pieces together - to see the whole picture of that one person. Then again, why go to the trouble? Seriously – does it matter if we try to figure out others? Yet, we can’t win a game if we don’t play it, and we can’t get a job if we don’t go to the interview.

And the smiling? Well, it’s more than an attempt to change someone's day. It is sharing a secret. Because sometimes it’s the small things that betray the inside. It's digging a well, to find the water. It's letting someone know I know they need someone for just one second.
Sincerely, mariposa at 10:40 PM 10 comments:

Look Both Ways before Crossing

My mom and dad love to talk about the troubles of the world. So, when I was little, I used to pray for a boy who I believed was around my age. A someone who would grow up to change the world and fix all its problems. It sounds kind of silly now, but I was praying for a great man to come along – I mean, it’s happened before.

And sometimes I'll think, “Oh, I’ll marry that man who’s going to amazing and do so many things.” I’ll say, “I should try to make friends in high places so I can get somewhere someday.” Or maybe, “I’ll inspire my friends to do this, and change the world’s view.”

Don’t you see? All along that someone else we’re hoping & praying for – 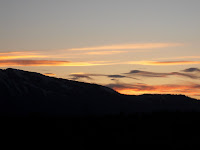 Yet, if you ever feel a tear
Know that I am near
Should you ever be hopeless
Know it’s you who has my kiss

I’m with you
I always will be
Your faithful guardian

{This is a poem by me that I like to read when things aren't going so well. Even if you don't believe in angels, it's kind of nice to think someone's always watching over. Also, sorry about not commenting back as much - been busy with homework. But should have time this weekend :)}
Sincerely, mariposa at 10:19 PM 13 comments:

What do you think of when you first hear the word, “prisoner”?

Do we think of words like crime & punishment? Or do we picture drugs & violence? Do we hear danger, murder, or robbery? Or perhaps those old-time prisoners wearing the black-and-white stripes come to mind. In whatever way we think of it, the words we associate with prisoner usually are not positive.

Yet, recently I’ve been looking into volunteering at prisons to help prisoners. Which a crazy thing to do, right? Why would anyone want to help people who have committed dangerous crimes? Why would someone help the very people who’ve hurt other people? I mean, it’s natural to want to stay away from prisoners – from criminals. After all, there’s a reason they’re in prison.

But just because people are locked up in a cage, doesn’t mean that they’re animals. They are humans - they are someone’s friend, maybe a dad, this person’s cousin, or that person’s neighbor. And when a crime is committed, do we just help the victim? Do we just pray for the victim? Care for the victim? Is that who needs the most help? Because the problem didn’t start with the victim.

When a person commits a crime, maybe they’re doing it for a selfish reason, or, scarier yet, no reason at all. But sometimes it’s also a cry for help, a cry to be noticed; because that’s the only way they know how to get attention. Maybe something is wrong, someone treated them wrong. Of course, it's no excuse, but it’s a reason.

And that’s what I want to find out. I want to know prisoners personally, ask them why they did what they did and how they got to where they are. I want to show them – prove to them - that there’s a different way, instead of avoiding them. I want to explain that I haven’t given up on them, and they still have a chance to change their lives. I want to help the people who perhaps need the most help, and yet don’t get much of it.

Some might think I’m the little do-gooder who goes around thinking that everything is good, until the day where everything builds up to a crescendo, and I break. But push hard enough through skin, and there’s hidden steel. A heart, it’s something that loves, but it’s also a muscle strengthened by use. 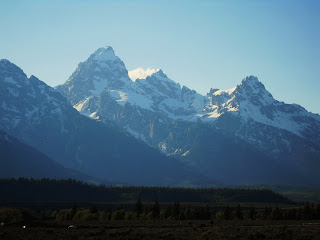 Two who work side by side
Leaving nothing not to hide
How could I be disarmed?
I the warrior
To be harmed

My daring shaken from inside
What was this to take my hide?
It was then I understood
What I never could


{Hey! Just wanted to say that this poem is about how stunning love's power can be. I find the idea intriguing that love has stopped wars - has stayed the hand of hate. I know the wording of this poem is a bit like a tongue twister, but I love the way the words fit together :) Also, I did take the picture - if you click on it, there's a car in it so you can see exactly how huge the mountains are. Let me know what you think!}
Sincerely, mariposa at 5:03 PM 11 comments:

Opening the Door, not Staring at the Paint

History books are amazing. Open one up, and you'll discover why the world has become what it is. Peek inside, and you'll find stories of the glorious kings and queens of old. You can see the past, how it's influenced the present, and how it will change the future.

However, there are some problems with history books. For example, I'm studying England's break from the Church: how King Henry VIII divorced Catherine of Aragon to marry the infamous Anne Boleyn. While doing so, I've met King Henry VIII, but only by what he's done - not by who he was. I've seen Catherine, but I can't know her favorite game, or hear her whispered secrets. I'll read history, but Henry is a king far away, and Anne Boleyn is just a woman who bewitched him - they're nothing more than characters in a mixed up fairy tale.

And maybe that's what makes us important - what we do. Because in the end, what we do, shows who we are - even if there's so much more. If we're in history books someday, maybe we'll just be remembered as someone who has to be studied to pass a test. Or maybe we'll be remembered because the artist is famous, not because it is us in the picture. Maybe that's it.

But then, dig deeper. Because maybe we'll see King Henry instead as a man who became enraptured with a woman he could not have, and Catherine of Aragon as a woman who gave away her heart to man, to have it shamelessly broken. We'll see Anne Boleyn as someone who wanted to be queen, not a mistress, because she saw how her sister was used.

History books will tell you Henry VIII wanted to divorce Catherine because she couldn't bear a male heir. Other books will state that Henry VIII believed that he was not rightfully married to Catherine, and that he believed his marriage invalid. But I know he wanted a divorce because of Anne.

And how do I know? Because Henry kept looking for approval of divorce, no matter how many people gave it? Or maybe I know because Henry could have gotten another woman who didn't demand as much as Anne? Maybe so. But mainly I know because, when I try hard enough, I can see that Henry VIII was a human, and not just a character from far away.

And when we see that all these people of facts are just people, then history becomes a storybook which we're trapped inside. And that's what happens when you see history for what it is, and people for who they are. Because time - it doesn't always change things as much as we might think.
Sincerely, mariposa at 5:45 PM 17 comments:

mariposa
As you can tell from my complete profile, I love getting out & doing physical activities, as well as I love the arts. Most people tell me I'm kind of quiet, but maybe that's just because I believe actions speak louder than words. However, I'm definitely a people person & there's hardly anything I enjoy more than hanging out & having fun. I love my friends, and would do anything for them. Whenever I have my heart & will set on a goal, nothing can stand in my way of accomplishing it and trying to be the best in whatever I do.